Last chance to order a 1/4 beef for this year. Place your deposit before Friday! Only 2 left 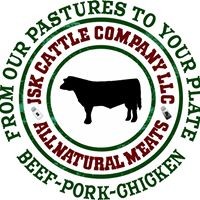 Several steaks are labeled as London Broil.  A London Broil is more of a cooking method than a specific cut of meat.  London Broil is to cook medium rare and to thinly slice the finished product on a bias.  Usually steaks cut for London Broil are cut thicker than normal which allows the medium rare and protecting the meat from over cooking.  It does broil well, especially if marinated first, and should be sliced thin on the bias to be sliced against the grain.  Slicing meat against the grain is very important to help promote tenderness of the finished product.  Shoulder steak does have a single layer of gristle running through the center of the steak but it shouldn’t offer much of a problem as it is thin.